Almost a month ago now, I moved flats. I’m now living with a friend, Des, rather than on my own. I’m adapting well to this change of living arrangements, though initially it was strange sharing a flat with someone again!

The new flat is around five minutes walk from my old flat, so no major movements.

The building is a nice big old Victorian building. It lives up to its name of “Mansions” much more so than a house I lived in a few years ago. If you follow the link to flickr, I’ve added a note for the window belonging to our flat. 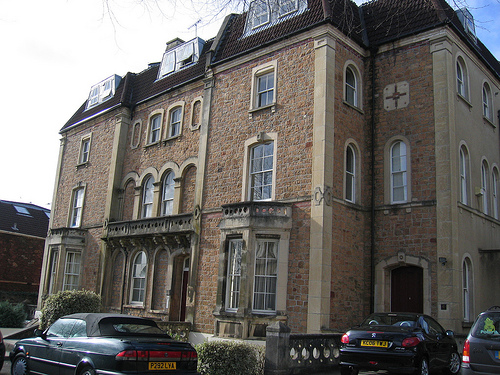 I have a separate living room now, rather than a living room/kitchen combination room. For two people, this situation is certainly better. For just one, I’m not so sure; I liked having the two together when it was just me. With more than one person, having the two combined means you would get in each others way, whilst with one that isn’t the case. 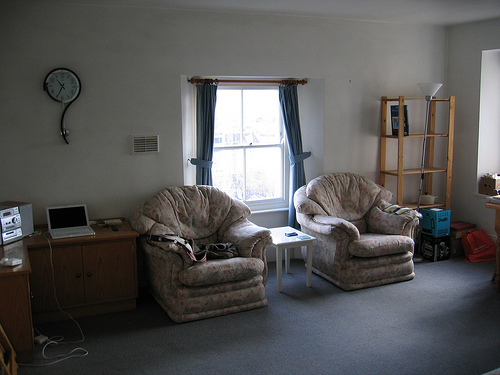 This brings us to the kitchen. The main item of note here is the set of gas hobs. I am still getting used to the way they heat up far more quickly than electric; my first cooking experience here was a bit of a panic as things suddenly got hot just like that! 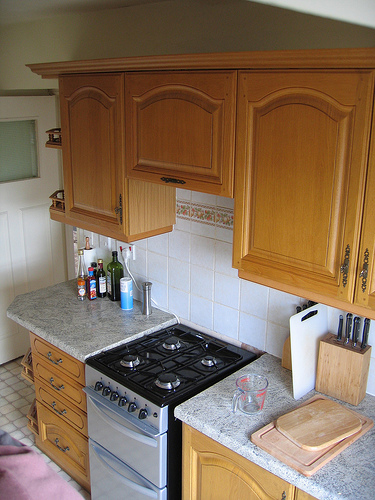 In my last flat, there was a dearth of storage options, especially when it comes to shelves. This flat has the opposite problem, it has way too many! In my bedroom alone there are two big sets of shelves: 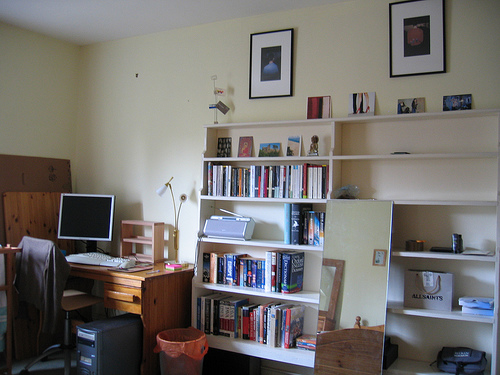 The living room has three sets more! Now I have the situation where both Des and my stuff combined comes nowhere near close to filling the space available. To much space is preferable to too little, of course. From next to one of the shelves in the living room, you can look out over Bristol rooftops: 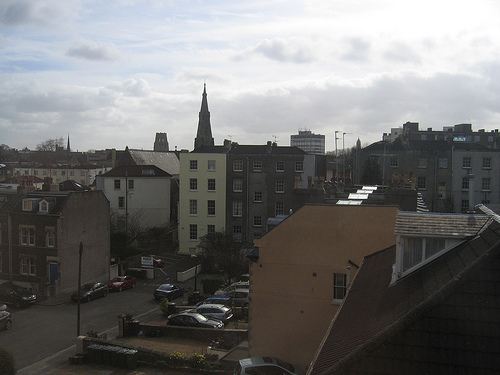 And there you have it. We’re having our house warming soiree tonight, so hopefully it will remain so pristine.