This bank holiday weekend was the Dot to Dot Festival in Bristol. Dot to Dot features (mostly) lesser known bands and artists across several of Bristol’s venues. Last year there were three venues, the Louisiana, Thekla and Fiddlers. This year the Trinity Centre and Academy were added, making five in total. The Trinity and Academy are both larger than the existing three, which allowed for larger artists to be booked.

Partly as an aide memoir, this is a rundown of who we saw and who I liked, with links to my favourites.

I went with two of my long-suffering and rather all-round fab friends, Ed and Clare.

My favourite, however, was Thomas Tantrum, a band who my friends are probably tired of my hyping up. They were everything I’d hoped, and Megan even let me enthuse for a few minutes at the Thekla’s bar about how much I completely love them. And even gave me a hug, bless her cotton socks. Go buy their singles. 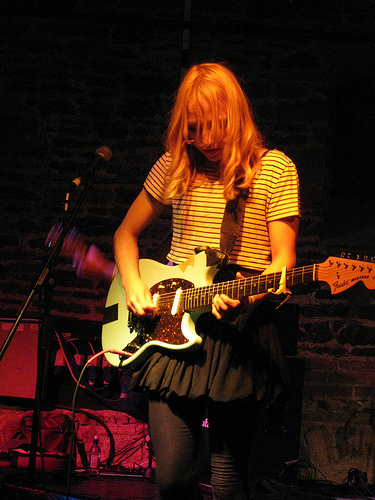 The second day we caught: The RGBS, Saul Williams, Cutting Pink With Knives, Red Light Company, 1990s and Heartbreak. The RGBS and the 1990s caught my attention, but Saul Williams really stole the show with a great performance. I was literally shaking with excitement at the end of his show. 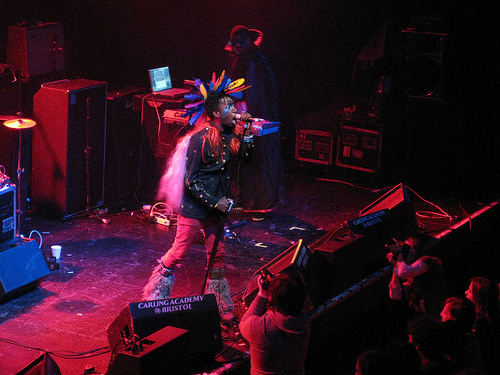 Very fortunately, today is a bank holiday. I’m not really in a fit state to work today anyway, and would instead spending the day consuming tea. I may also have to have a week sans beer, for my body’s sake. All signs of a great couple of days.

1 I think it was Primary 1, I’m not sure, however: it was the band who happened to be on whilst we called in at the Thekla.